Client: The Green Pheasant
‍
Target Audience: Nashville Residents, Travelers
‍
The Green Pheasant is located in Nashville, Tn. It’s an exploration of parallels between Tennessee and Japan through both the cuisine and the environment.
‍
When making this logo I focused on the typeface the most. I wanted it to have the feel of hand brushed Japanese lettering and still be modern. I made the pheasant disappear outside of the circle so it played on the “think outside of the box” mentality the restaurant has.
‍
When designing the menu I wanted to keep it very simple. I didn’t want anything distracting from the dishes they are selling. On the front of the menu I played with a Japanese pattern that also represents a Pheasant nest.
‍
Branding, Menu Design 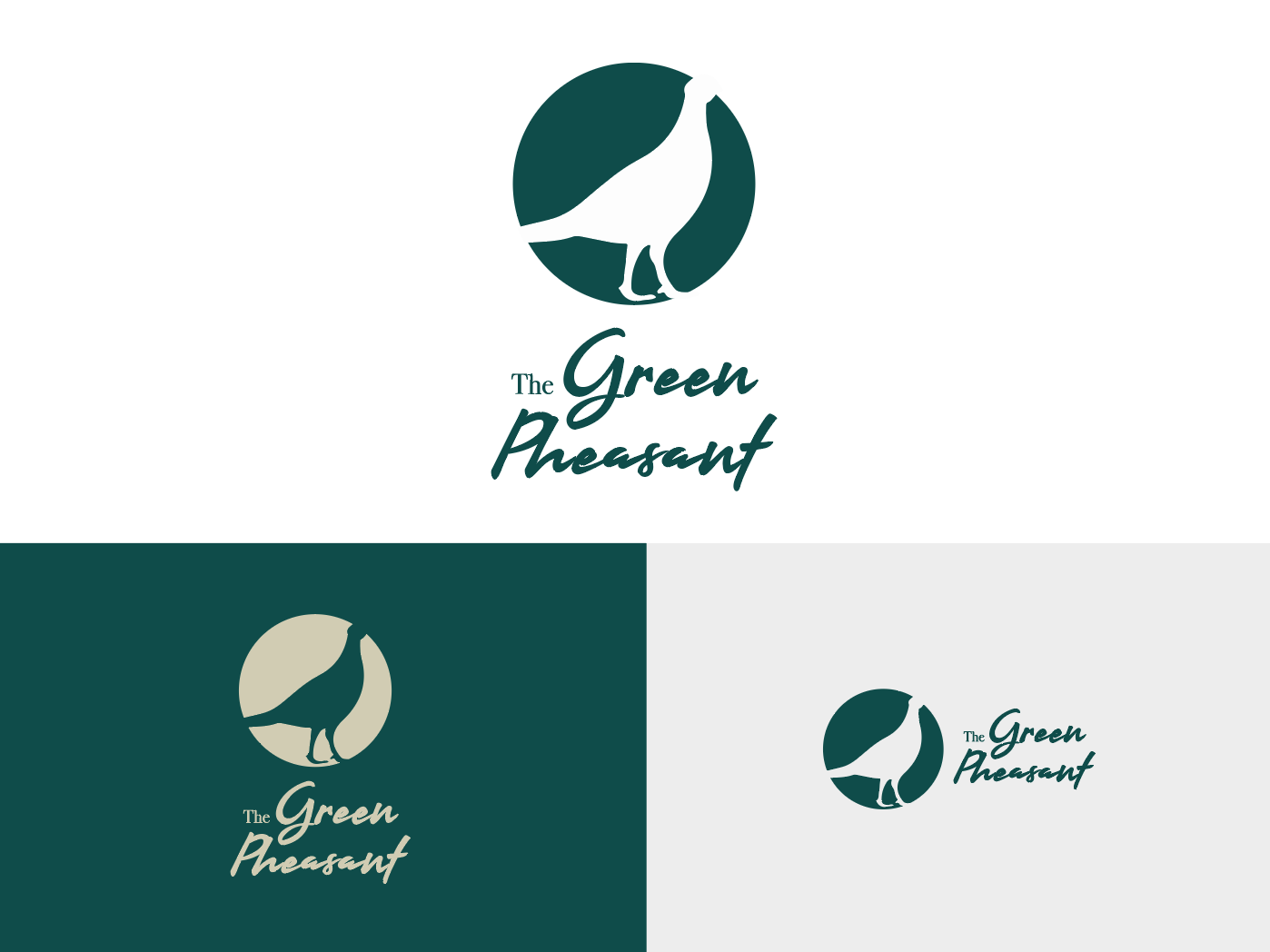 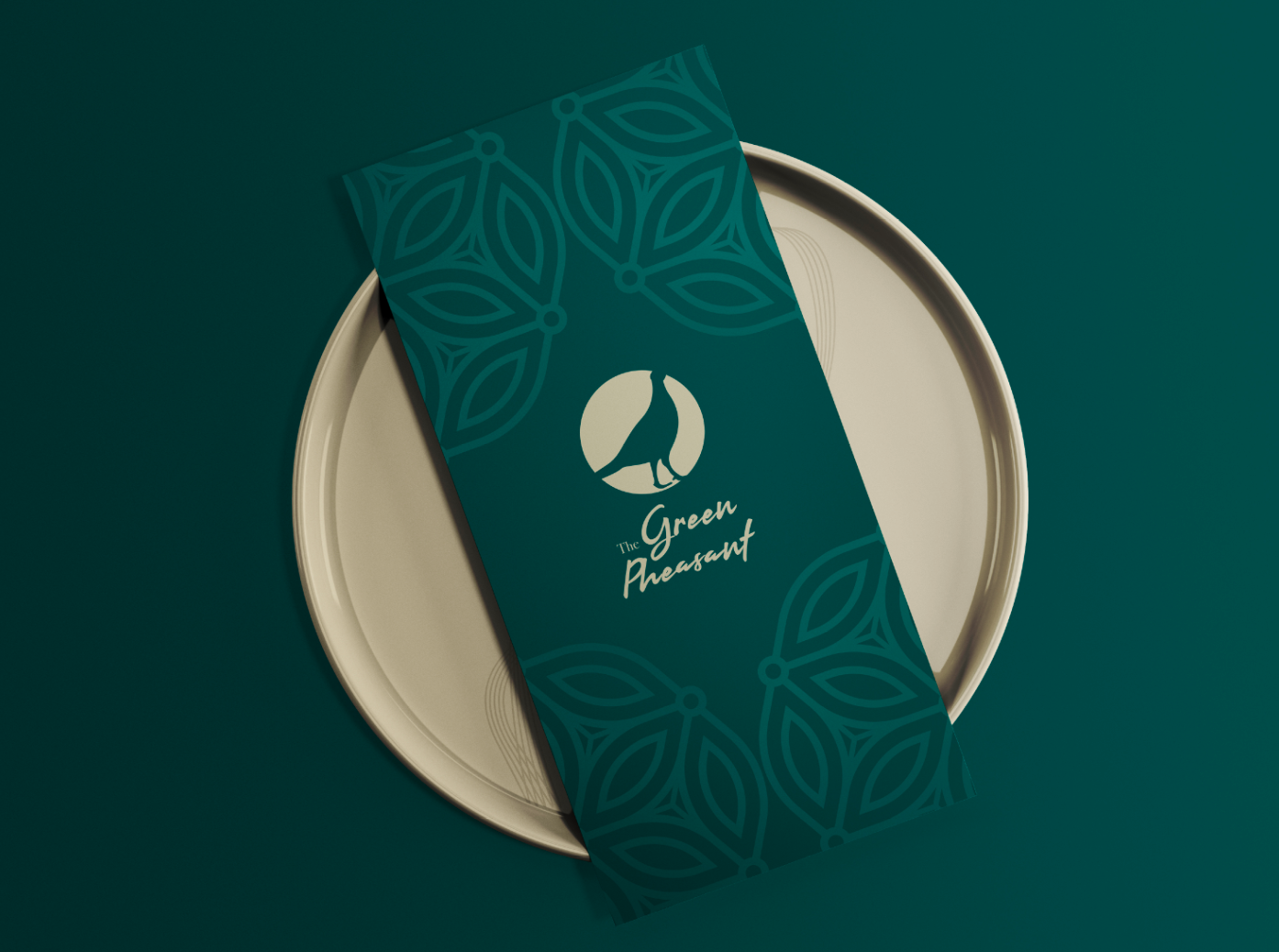 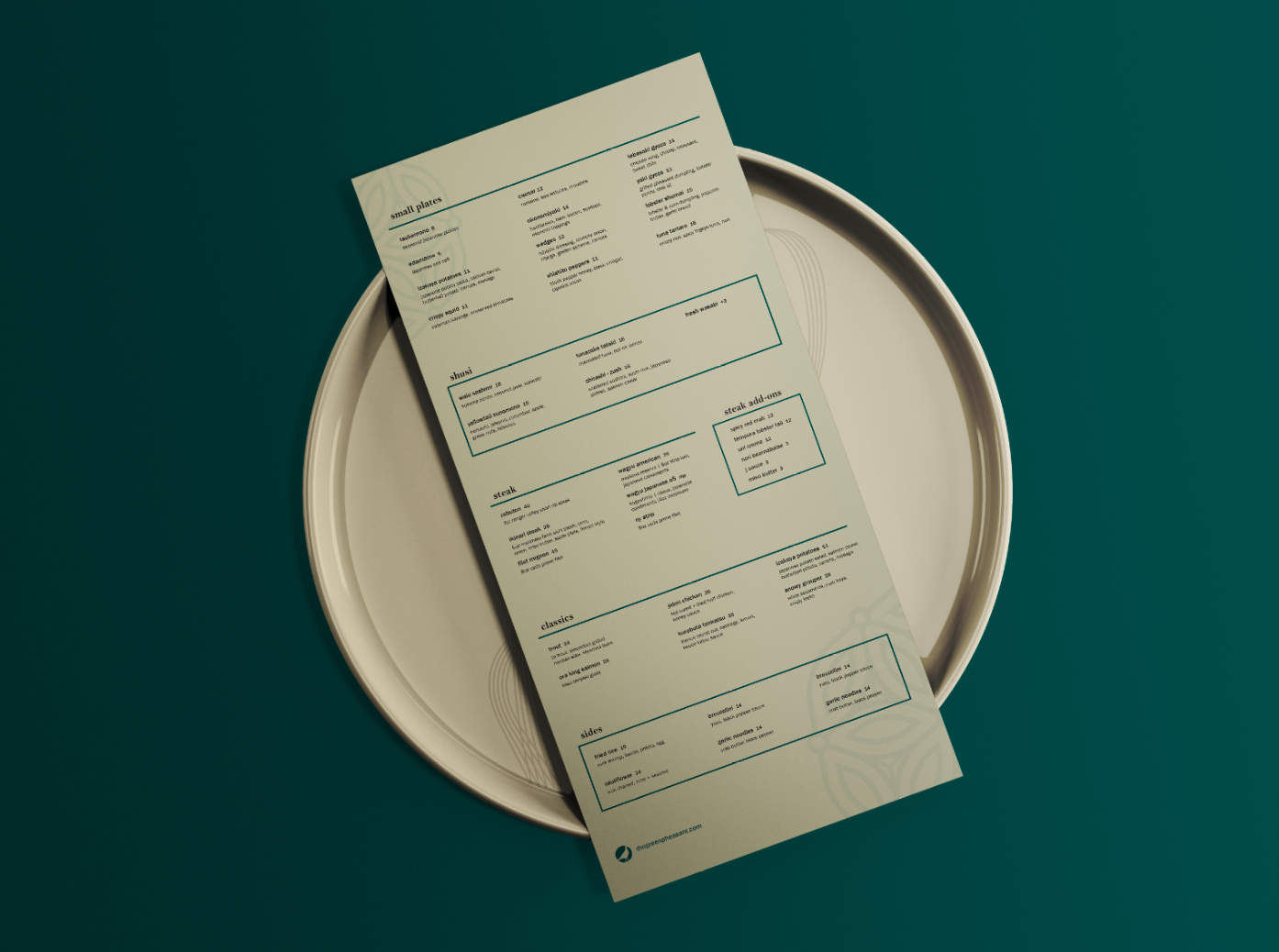